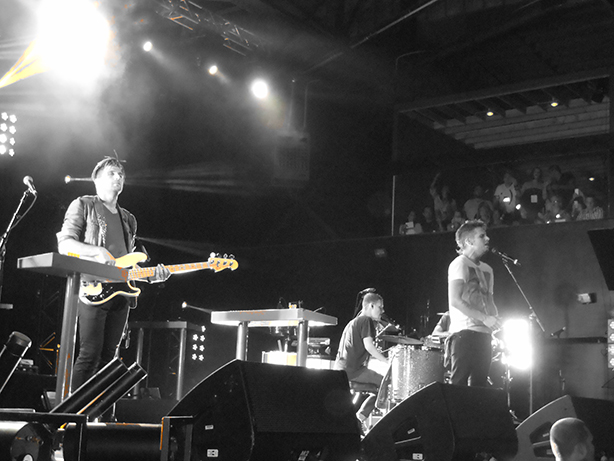 The band. Photo taken by Tiffany

And here we go with another Music Monday that happens on a Tuesday.

On July 5th, my daughter Tiffany and I went to a concert together. This was my second time seeing Foster The People in concert (her first, not counting the acoustic show). Last time was at a smaller club and at a record store for an intimate acoustic performance (and to meet the band as well). This time, the stage was bigger. And it was way more people due to being in a larger venue. And there was no meeting the band before or after the show. It was just an all around great performance. 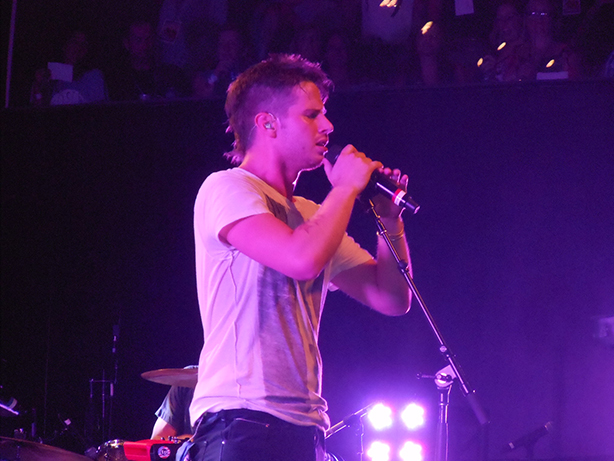 Mark at the Mic – photo taken by Tiffany

It is no surprise that this band is still one of my favorites [their debut album topped my best of list for 2011]and has the ability to go beyond the one hit wonder status. Their live show has vastly improved and they play pretty much most of the songs from “Torches” in the 90 minute set they played. They also played a couple unreleased songs called “Love” and “Ruby”, which were refreshing to hear. And of course, my favorite of their’s – “Helena Beat”

But we can’t discount the final song of the set “Pumped Up Kicks” which done live is way different on several musical levels. I really, really like the live version they do – especially after you’ve heard the album version SO MANY TIMES over the last two years. This is what makes a band with a big hit even better in my eyes (and ears). They mix up the song with more synth sounds and Mark Foster takes the lead in making it a crowd pleaser for everyone. 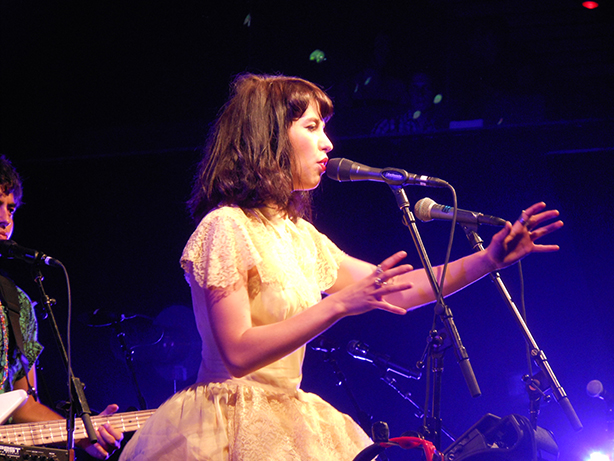 The concert openers were Kimbra, whose short set was good, but could have been a bit longer. And Mayer Hawethorne, who I had seen before when they opened for Passion Pit a couple years ago. They played a much longer set and were quite effective at getting the crowd into their set. 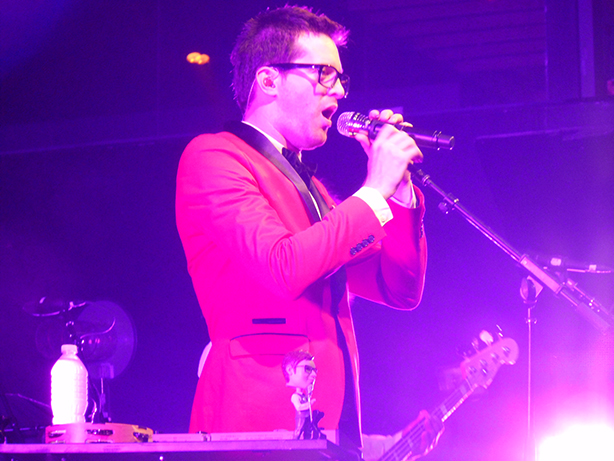 Since my position of where I was, my iPhone wasn’t able to capture the images I want. And so once again, Tiffany came through with the pics you see here.

And with that, I now wait until the next Foster The People tour, which will should be sometime next year after they release their new album, which is expected in early 2013.