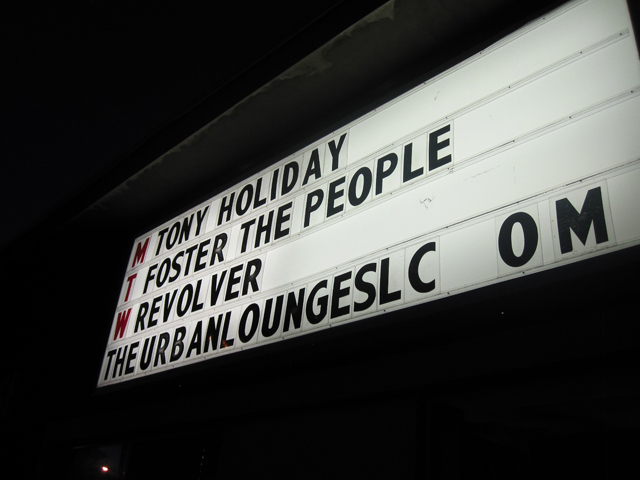 Live in the club

About three weeks ago, I posted a review of several new albums, Foster The People’s “Torches” being one of them. For me, it’s an instant favorite and one of the best albums of 2011 (so far). 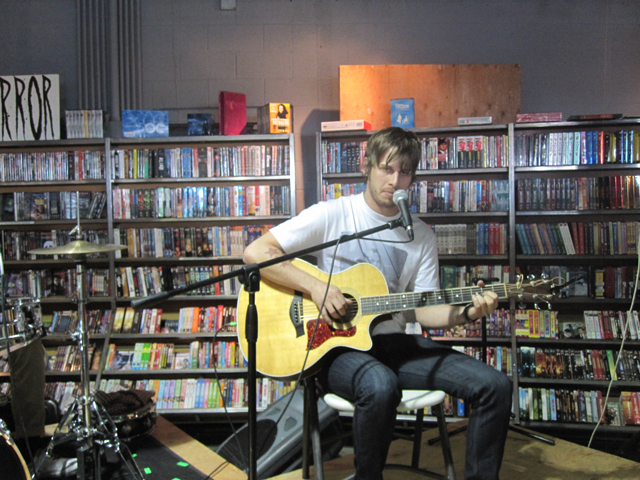 What cha lookin’ at, Willis?

So when I heard they were coming to town, I had to go. But imagine my excitement when they did two shows. That’s right… an acoustic in-store and a full set later in the evening at a local club.


part of “Pumped Up Kicks” acoustic 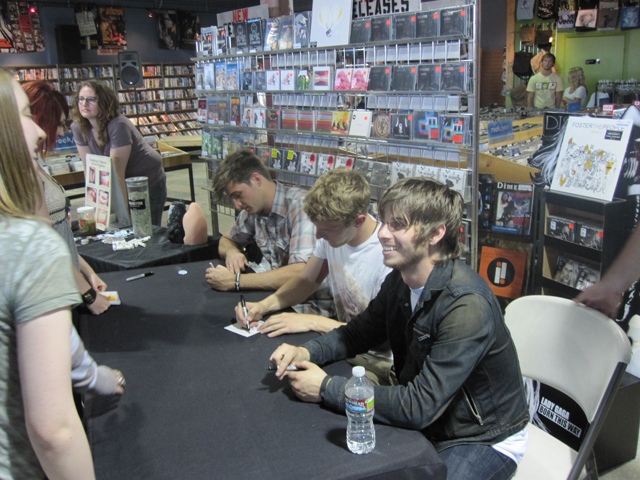 Signing for the fans

The acoustic show was held at the Taylorsville location of Graywhale Records. They played a short set of four songs (“Houdini”, “Helena Beat”, “Pumped Up Kicks” and “Don’t Stop”) to a crowd of about 60 or so fans. I even got to meet them and have them sign my ticket for the show later on.

Just a few hours later, the band made it’s way to the Urban Lounge for a full loud and plugged in set. This place was packed [it was a sold out show] and their set included their entire album plus a new song [didn’t catch the name of it]. 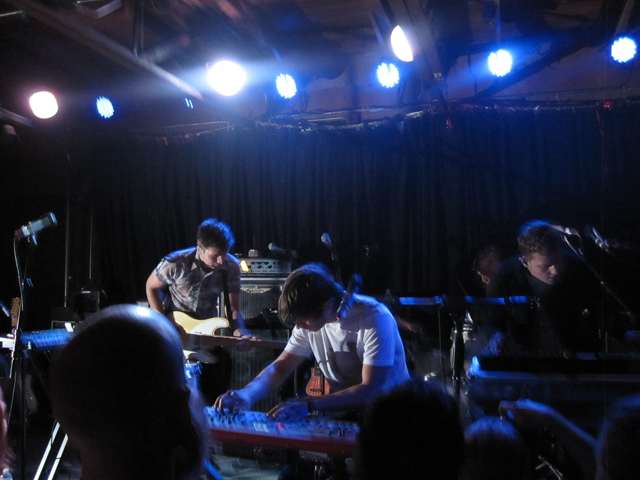 Most of the songs were mixed a bit different. Lead band member Mark Foster switched from keyboard to guitar, all the while handling his lead vocal duties. 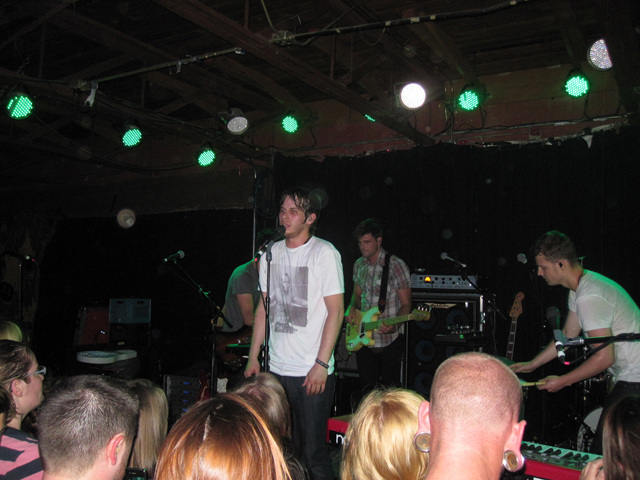 “I pity the fool that isn’t signing along with me”

Towards the end of the show, the crowd moved closer to the stage, wanting to take in all that Foster The People was giving. Musically, they sounded very good for this medium sized bar-turned-music-club.

If they come back around, I’ll go see them again for sure. Great energy, catchy songs and entertaining to their new found fan base.