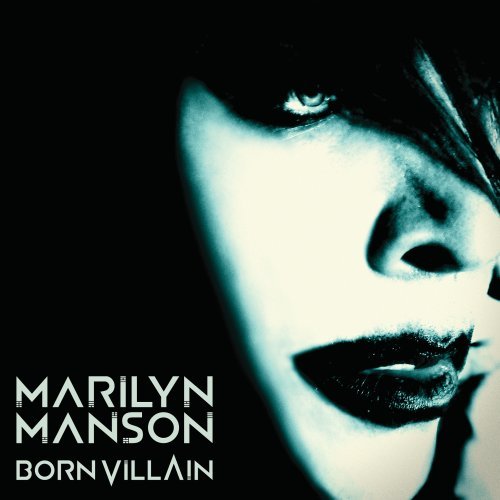 The new album by Marilyn Manson

I’ve been a fan of Marilyn Manson since I first heard “Sweet Dreams” back in 1994. I almost saw the band live in 1994 when they were the tour openers for Nine Inch Nails, but thanks to Larry H. Miller, who was the owner of the Delta Center, he forbid the band from playing that night. That only intrigued my interest in their music. I’ve now seen the band twice (once in 2001 at Ozzfest and again in 2008 in Utah) and the energy has cemented my love of their music.

In the studio, the band has released 8 albums, their latest being “Born Villain,” a sort-of return to the powerful and dark sounds that made “Antichrist Superstar” their best work to date.

After a good 15 or so listens from start to finish, my favorite tracks are: “No Reflection” “Slo-Mo-Tion” and “Pistol Whipped” I really the entire album, but those three tracks stand out and get repeated plays. The only cover on this album is the Carly Simon song “You’re So Vain” which has Johnny Depp on backup vocals. It’s a good cover, but compared to past covers like “Personal Jesus” and “Tainted Love”, this one is just ok in my opinion.

The bass line that most of the songs has is strong… really strong. So much that I love turning this album up when listening in the car. “Pistol Whipped” is one of them first tracks where I noticed the heavy bass and it gets turned up the loudest on any device I listen to this album on.

The last couple of albums were decent, but I give high marks to this latest release for being consistently level on just about every track.

If you are a Manson fan, this is an album to get and add to your collection.