Just Putting It Out There : 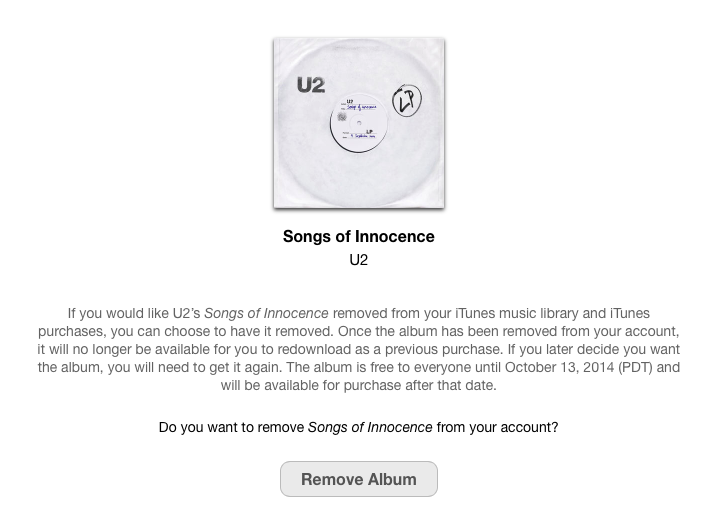 – So on Sept 9th, Apple put the new U2 album into more than 500 million iTunes accounts; this started an outrage from some users, who complained about everything from piracy to spam to downloaded without permission to wasting bandwidth on their iDevices; Apple relented a few days later with a link to remove the album; i get some concerns, such as users that only have iPhone and no desktop to control access to hide purchases; not that big of a deal to me; i liked the album and appreciate the freebie from Apple and U2. wondering if it was an album from a band some of these complainers liked if outrage would be different.
– Link to article: Apple outrages users by automatically installing U2 album on their devices

– $2.01 billion vs. Mattel at $2.0 billion; this doesn’t surprise me at all; LEGO is huge; even us adults buy LEGOs; Mattel’s biggest asset is Barbie; I remember when Mattel was the biggest toy company; I had all sorts of their toys and electronic games; then merger after merger took companies like Kenner and Milton Bradley out of the running, and Mattel enjoyed a nice run; but competition from Hasbro took them down; LEGO continued it’s growth these last 10 years; I’m ok with this.
– Link to article: Lego tops Mattel for toy market lead

– Embarrassing for this larger than life rap artist when he realzies he’s made a mistake; nothing to him, just a slightly bruised ego; moves on and doesn’t really give a shit about these concert goers; I like Kanye and some of his music, but this was a dumb move; let’s hope he doesn’t repeat this in the future, although I doubt he cares about losing a few fans.
– Link to article: Kanye West halts Sydney concert after two fans don’t stand up

– watch the YouTube video above; watching the video, it’s disturbing to see how much exploitation happens for the greed of selling the new iPhone in China; Apple hasn’t released the iPhone 6 in China and probably won’t for a while; these black market sellers know this and place these pawns in line for hours and days so they can be first in line to get unlocked devices; Should Apple do something about this? Maybe, but not sure how they can; local police get involved, as the video shows; just sad to see this and hope there’s a way to reduce it with future iPhone releases.

– I am a big Howard Stern fan and have listened to the show since 1992; they have a cast of misfits called the Wack Pack, which are different callers to the show that have some type of oddity to them; this last weekend, we lost one of the more polarizing members of the Wack Pack when Eric The Actor died; he was known as Eric The Midget for many years until he started his aspirations into acting, albeit turning down more roles than he took; his calls to the show were entertaining, mostly of him complaining about not getting enough attention; the sound affect Fred Norris would play were buzzing sounds and imitating his broken speaking voice; his only visit to the live studio was in 2008, where everyone on staff took photos with him; many celebrities like Jimmy Kimmel and Zac Effron offered condolences to Eric’s passing; he will be missed on many levels.