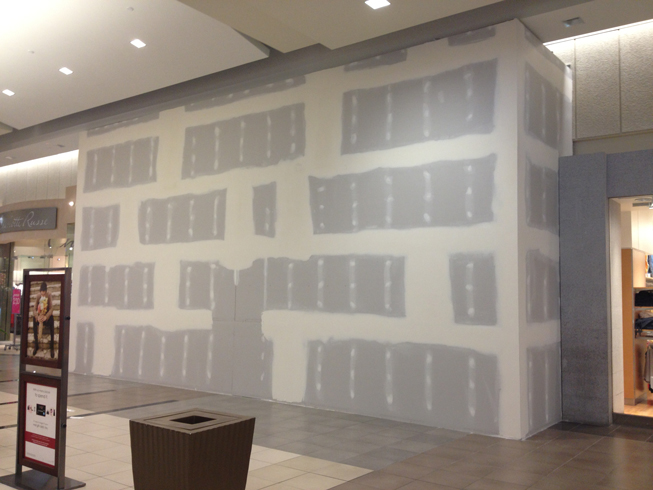 After the previous update, I have both a photo and a date update.

The photo above was taken on 7/17/2013. The construction of the LEGO store has begun. It’s not much to look at, although if you look at the mudding pattern on the drywall, it does look very LEGO-esqe in it’s form.

The first comment on the previous update mentioned a link that pointed to the Utah LEGO Users Group site, with a leaked opening date of September 20, 2013. It is not known if this is the grand opening or a soft opening date [which could be to help get new employees ready for the grand opening]. Regardless, this is exciting news for Utah’s First LEGO store.

Stay tuned for more photos and updates as I get them.