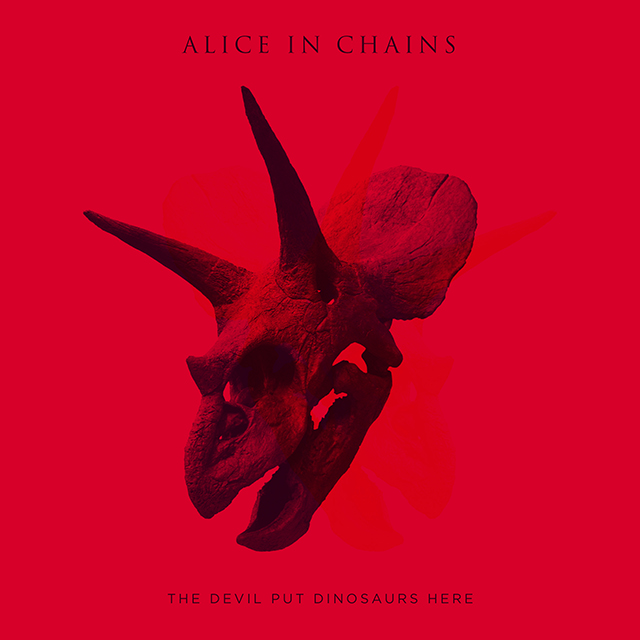 The new album by Alice In Chains

After a successful album in 2009 with a lineup change, and over 11 years since the death of original lead singer Layne Staley, Alice In Chains return with a new album with an odd title [a dig towards some who believe Satan put dinosaurs on the earth to confuse humans] that is really one of their best albums to date.

If there is such a thing as progressive grunge, this is it. I do miss Layne’s voice, but I can tell you that William DuVall has come into his own, while harmonizing quite well with guitarist Jerry Cantrell. Not a single song on this album is weak, although if I had to pick one, it would be “Hung on a Hook” as it does descend into the background, like the title track from the “Dirt” album. But the songs all mix well, with the classic Alice In Chains sound and the updated production.

The lead single “Stone” is pretty strong, although I admit to tiring of hearing it due to massive promotion of it in many places. For me, the standout tracks are “Hollow”, “Voices”, “Lab Monkey” and “Scalpel”

“Low Ceiling” is the sleeper out of the 12 tracks. It’s got a subtle riff that plays well and makes it quite memorable both vocally and musically, giving Jerry a chance to solo. The title track “The Devil Put Dinosaurs Here” is long, but good. Lyrically, it’s the most creative and humorous with the line “The devil put dinosaurs here / Jesus don’t like a queer / No problem with faith / Just fear..” And “Breath On A Window” has a great Alice In Chains guitar feel that makes you think you are listing to something off “Jar Of Flies”

There are some purists who say that the band should have laid to rest the Alice In Chains name and just gone by a new name. But I don’t agree. I think this is every bit Alice In Chains and musically, they have found a place in grunge and rock as a solid quartet that carries their history and makes it currently relevant.

Anyone else Alice In Chains fans that want to weight in with their opinion on the new album?