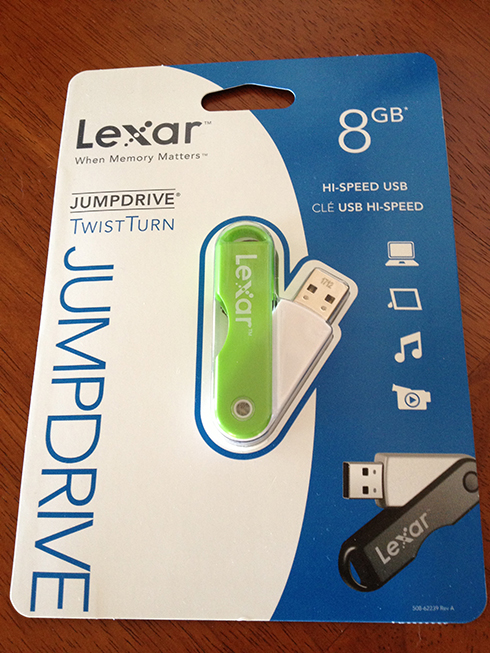 When I announced my 5th anniversary celebration here, I promised giveaways. Today is the first of five giveaways.

Starting things off with an 8gb Lexar flash drive. While in this day and age of cloud services like Dropbox and SkyDrive, you would think that flash drives would be obsolete. And that may be the case for some, but there are still those of us that love the flash drive. I use them all the time still, mostly as boot drives for different versions of Mac OS X and to store common install files that I want around and don’t want to connect to my cloud storage to access.

Yes, there are rules. Have to have rules… otherwise, there are some that will take funs things like giveaways and turn them into a sad thing.

Before the end of the month I will post four more giveaways. There will be another one this week, and there will be two of them next week [the final giveaway will be posted on April 30th].