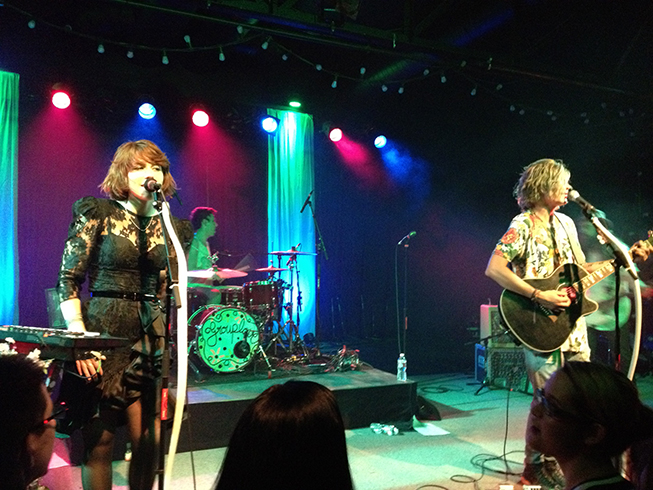 This past Tuesday, I went The State Room, a small venue here in Salt Lake, to see the band Grouplove. I had seen them before last year at the X96 Big Ass Show. This time around, it was a headline set they did, which was most of their debut album “Never Trust A Happy Song“ 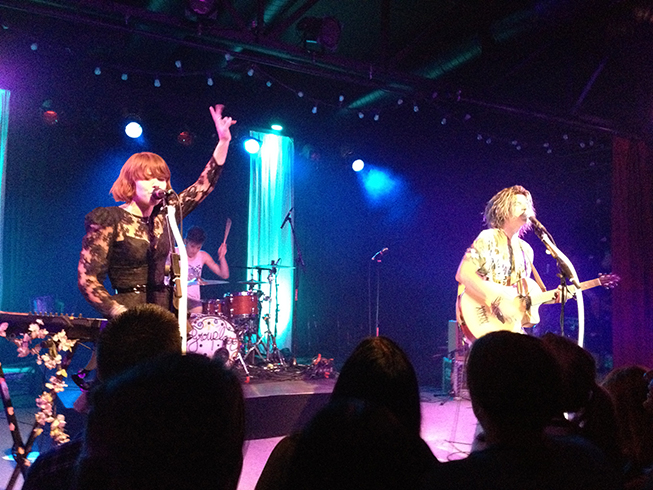 The band had so much energy. They fed off the crowd for just about every note they played. There were about 300 people at the venue, both seated and standing. All members gave it their all as the band played pretty much every song of theirs – “Naked Kids” – “Tongue Tied” – “Lovely Cup” – “Slow” and ending the 65 minute set with “Colours” …. “i am a man/man man man man/ up up in the air… And I run around round round round the town town/ and act like I don’t care“. Watching each person in the crowd know each word was an incredible sight to experience, matched with the harmonies of Hannah and Christian and how well they play off each other. 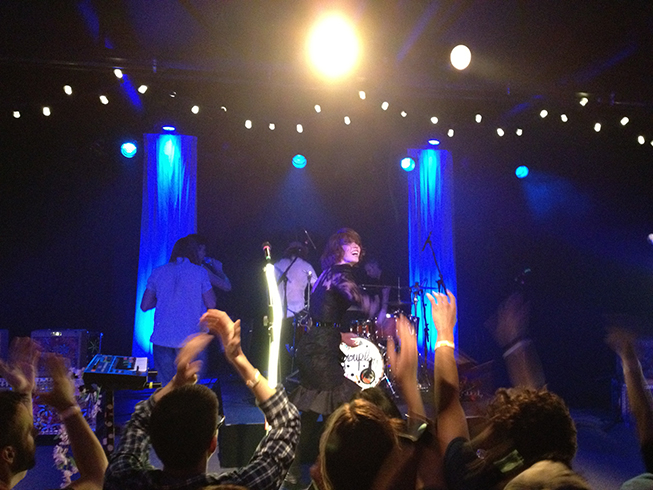 Hannah waving to the crowd at the end of the show

If you get a chance to see this band, they are great live. They put on a great show and their songs and sound are just as awesome./p>