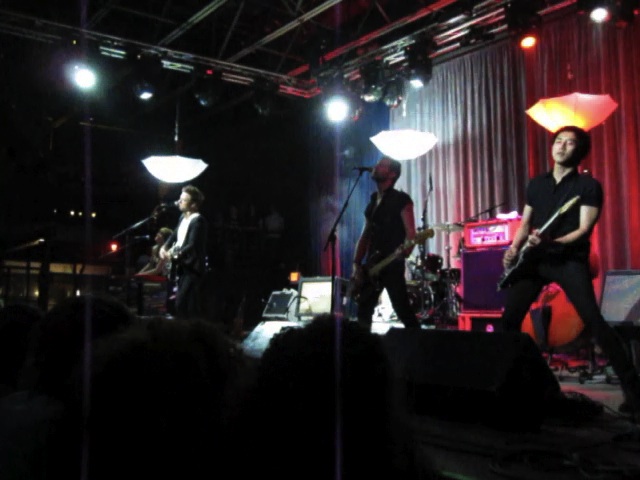 All At Once – from L to R: Anna, Mikel, Noah, Daren (hidden on the drums), Steven

Last Wednesday, I went with my daughter to see The Airborne Toxic Event. Those of you that follow me on Twitter and Facebook were asking who this band was and that they hadn’t really heard of them.

The history of the band that I know is from my daughter sharing their music with her dad and from their Wiki page. Basically, it started with Mikel, a writer of stories, realizing that he was writing a collection of songs and from there, added musicians and band mates. But after seeing them live, I added my own bit of history that sparked a deeper appreciation for this group. 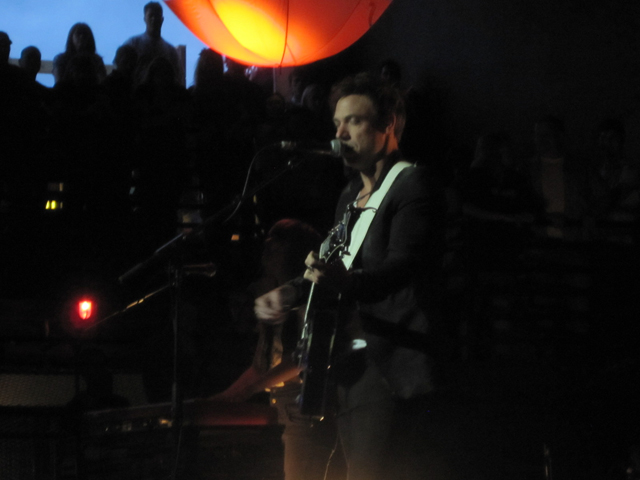 I’ve listened to both of their albums many times over and their music is a nice mix of guitar, rock, raspy vocals and viola. Very symphonic in sound. All members of the band are highly talented and between Daren, Steven, Anna and Noah, the bulk of the rhythm section is nothing short of great. Noah would occasionally replace his bass with a cello. Steven would take Anna’s place on keyboards… the diversity spoke loudly as they played each song.

Then add to that the searing and deep vocals of Mikel Jollett and you have a band that must be seen live. My daughter has seen them live four times now and each time, she tells me how great the show was. She was right.

Playing just a hair over two hours, the band pulled out all the stops. Each song becoming more familiar than the last. Of note was the title track to “All At Once”, which has Mikel channeling Neil Diamond. Take a listen to the song below and see if you can hear the similar vocal style.

While the song was the final number for the night, everything before it was performed with so much energy and it was obvious to the almost packed crowd at In The Venue, a club in Downtown Salt Lake City.

During the second encore, the band went into a set of covers: “I’m On Fire” by Bruce Springsteen, The Clash’s cover version of “I Fought The Law” and a riff of Johnny Cash “Folsom Prison Blues.” But it was mid-way through the show that one of my favorite songs from the band started, with the familiar string talent of Anna. 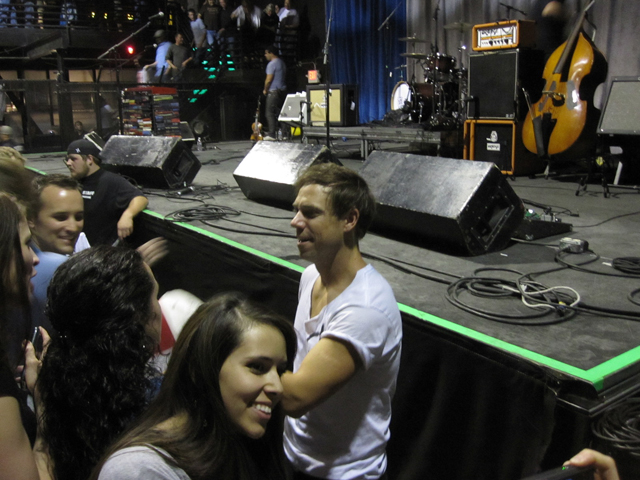 Mikel meeting with fans after the show

After the show, all of the band members came out to meet everyone [breaking the trend of so many other bands that make die-hard fans wait till the wee hours of the morning before coming out of their tour bus]. I heaped praise on all of them and told them that I was glad my daughter introduced me to their music.

Take a spin of their music and you might also get hooked.