They clean up nicely

This is one post that Sybil Law will enjoy.

Foo Fighters are one of my favorite bands. In fact, I think I like them better than Nirvana. Now don’t go get all “you blasphemous fucker!” on me. I liked Nirvana, but the two bands don’t compare on the straight forward rocking rule. Dave Grohl is such a versatile musician, sticking his talented hand into just about anything and making it cool [even Them Crooked Vultures became cool thanks to Grohl] 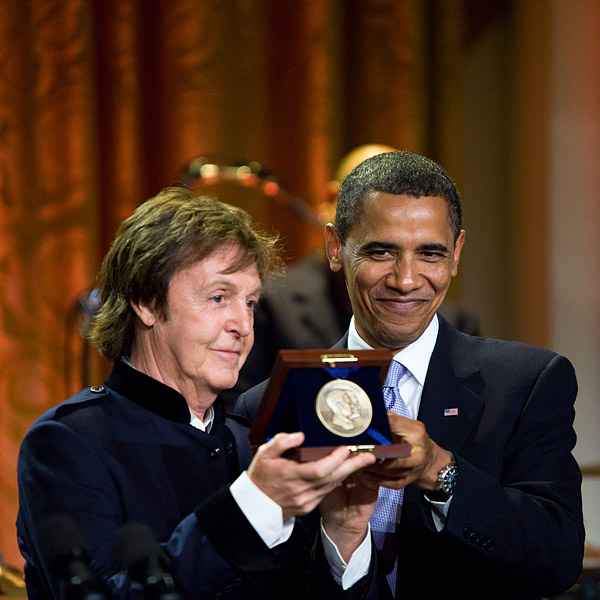 Grohl from the White House

One of the most recent bouts of coolness was when Dave Grohl played with Sir Paul McCartney’s band at the White House, in front of President Obama and his family – and many other artists. Dave performed “Band On The Run” and killed it. Such a powerful performance. See Dave Rock!

Working On A New Album?

Taylor on the skins

Over the last few weeks over on their Twitter account, the Foos have been posting all sorts of photos, showing them in various stages in the studio. So cool to see these guys in action, and using the social interwebs to show us fans what they are working on.

So it seems that there’s some new music coming out next year. Can’t wait to hear it.

If you are a fan, you know what I’m taking about. If not, go listen to any of their albums. You won’t regret it.