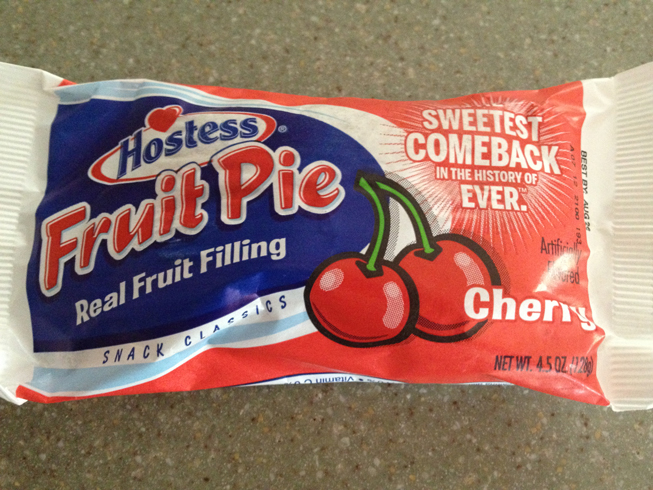 Last November, Hostess went bankrupt and waited to be sold to another buyer. That finally happened in late spring of this year and on July 15th, most of the Hostess snack products came back, including the beloved Cherry Pie. I tried one of the last Cherry Pies and have missed them. I finally found them in the stores this past weekend and decided to try one to see if it matched up with the previous incarnation. 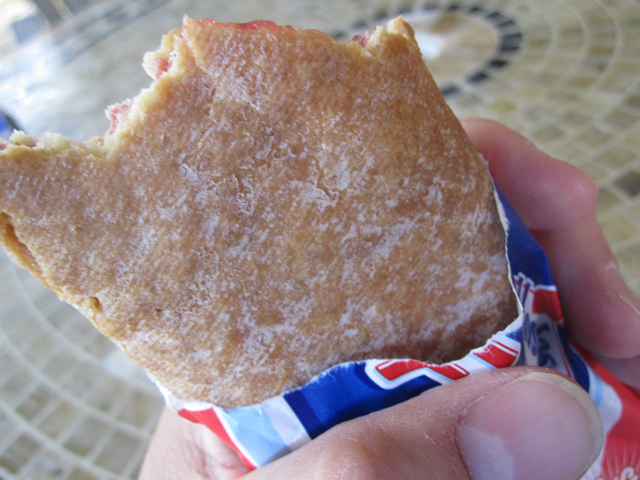 The outside of the cherry pie

The outside of the pie has this slight glaze to it, mostly flaking off as you take each bite. It’s not really a hard crust, but one that is soft, so when you bite into it, you get it mushed on your teeth. 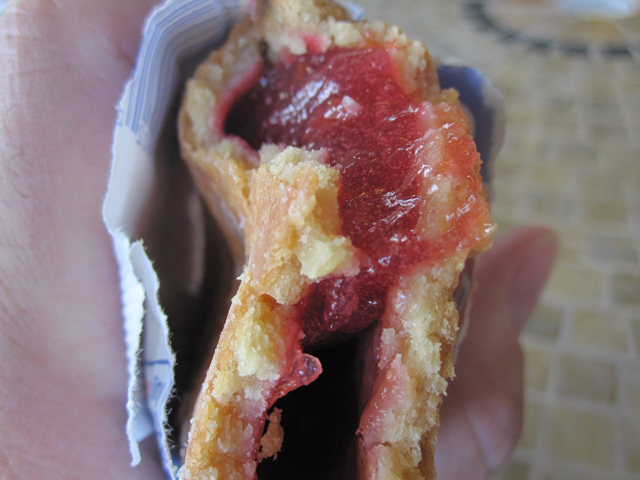 The original always had chunks of real cherries – with the occasional pit that you made sure you didn’t bite too hard into. The taste of the sweet sugary goodness, mixed with that pie crust was always something I looked forward to. 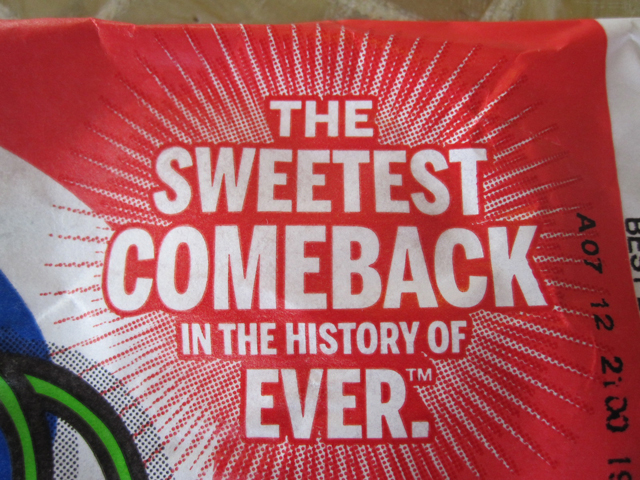 Well, as you just watched the video, the new Cherry Pie doesn’t quite live up to it’s predecessor. The pie crust was cracked when I opened the package. The texture of the crust was kind of soggy. The filling was missing the actual cherries that I found in the original pie. It just seemed so different. And it hadn’t been that long since the last time I ate one, it wasn’t like I forgot what a Hostess Cherry Pie was supposed to taste like.

I’m hoping that Hostess will start fielding reviews from those of us that love our Cherry Pies and make them better. I know I want the original back.