Howard Jones [no, not that HoJo] recently announced he is leaving Killswitch Engage. His statement is below:

Well, I guess I will shed a little light without going too deep. As some of you may know, I’ve had a pretty interesting couple of years to say the least battling with some personal issues. One of the low points being diagnosed with type 2 diabetes that went unchecked for years. The rest of the band stuck with me through it, and to be honest they are the ones that kept me going. The whole experience definitely put a scare in me.

“Recently we’ve all been in writing mode but somehow I couldn’t get excited about the new album and all the touring that would go with it. The guys saw it before I did. In hindsight I now realize that my heart wasn’t in it. I have had an amazing decade with KSE. I love Justin, MikeD, Joel and Adam for hanging in there and standing by me no matter how bad it was. I have so many good memories, and those are the ones that I will keep. Will I be involved in music again? Sure, I have been in bands for a little over half my life, can’t stop now. Until then, get the new KSE album, it’s going to be good. Thanks everyone for letting me try to entertain you, and I wish myself well in my future endeavors. Gone fishin’ Howard 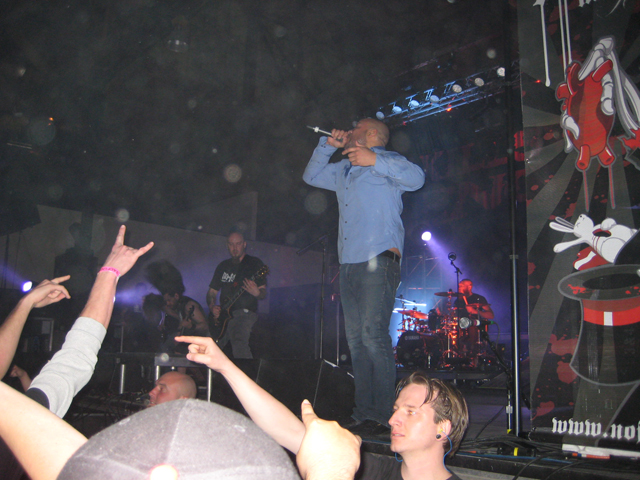 I’ve only seen Killswitch Engage twice and both times, the band killed it. They are my favorite metalcore band and their sound, lyrics and on stage persona stands up as one of the best and most popular. I am sad to hear of Howard’s leaving, but hope he gets better and also hope they can find a lead singer soon, given they are working a new album this year and have a tour starting in a few months.