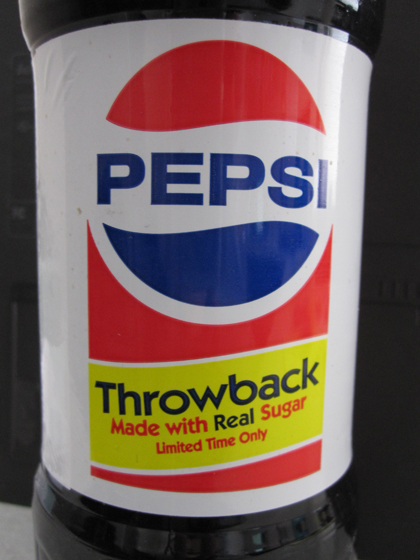 Made with real sugar, not that fake stuff

Sometime in 2009, Pepsi decided to go retro. They took out the high fructose corn syrup (HFCS) in their regular versions of Pepsi and Mountain Dew and used real sugar. And called them Throwback. But only for a limited time.

And they did this “Limited Time Only” a few times since then. Well, they are back for a 4th Throwback in 2011. This post is based on their 2010 releases. 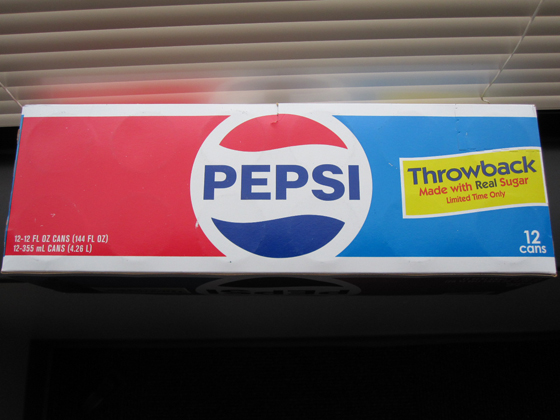 I’ve never been much of a Pepsi drinker [Coke mostly… sniffff], but since Coke hasn’t done a sugar version of their trademark soda, I wanted to see what Pepsi was like – without the HFCS. It was actually really good. Less of an aftertaste. It reminded me of the Pepsi that I had when I was a kid in the 60’s and 70’s. Smoother than normal and less of that bite and more of the flavor. 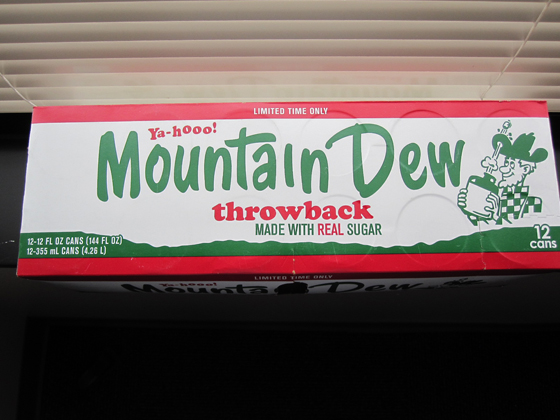 I’m even less of a fan of Mountain Dew, but since it was available in the sugar version, I wanted to try it. I liked it, but to be fair, I consulted my co-worker, who is a big Mtn Dew fan and he says it’s a lot better than the HFCS version of the Dew. 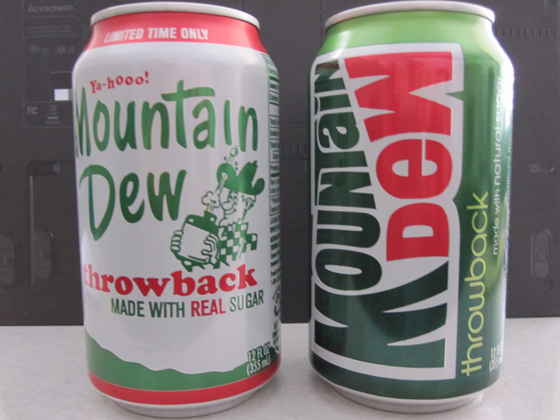 The can styles changed from their 2009 version [I never tried the Pepsi Throwback from 2009] and so did the ingredients. The newer Mtn Dew Throwbacks use orange juice to supplement some sweetness. Not sure why, but I couldn’t taste any OJ in this soda mix.

I wish they would just drop the HFCS and use sugar in the Pepsi and Mountain Dew sodas that are sold everywhere. But until then, if you can get your hands on one of these and are a soda fan like I am, try them and see what you think.

Next Up: Dr Pepper with real sugar

Last year, I was able to obtain some Heritage Dr Pepper, which uses real sugar. For that review, I will actually do a video taste test, along side a normal Dr Pepper. Stay tuned.