Or how I used a “Get Out Of Jail Free” option to become an iPhone owner. 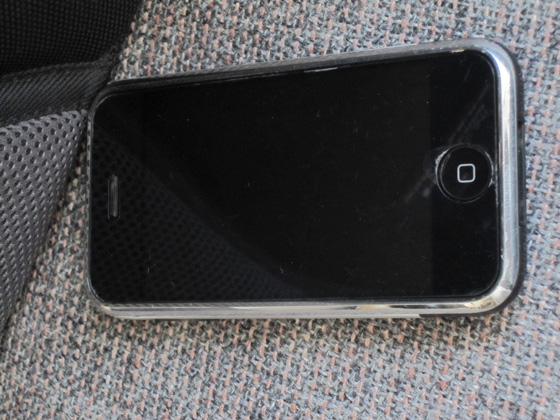 Yep. I’m now an iPhone owner, but it’s not my main phone. There’s a story to this. Read on.

Back in 2005, I entered a contest on Engadget where I won a Nokia N-Gage QD phone. The phone came with a pre-paid Cingular SIM card. I went and changed the number, got a new SIM card and have used the pre-paid phone on and off, mostly when my main Sprint phone isn’t getting the best of service.

I sold the N-Gage on eBay and bought a used Motorola SLVR-L7 (also from eBay), which was smaller and easier to carry and had longer battery life.

Then a couple of months ago, a friend at work was having some troubles with her Powerbook G4. I used my Mac prowess to get the data off of it and in return, she promised me I could have her iPhone – 1st Gen. Last month she bought a new iPhone 3GS and the next day at work, she brought me her old iPhone. 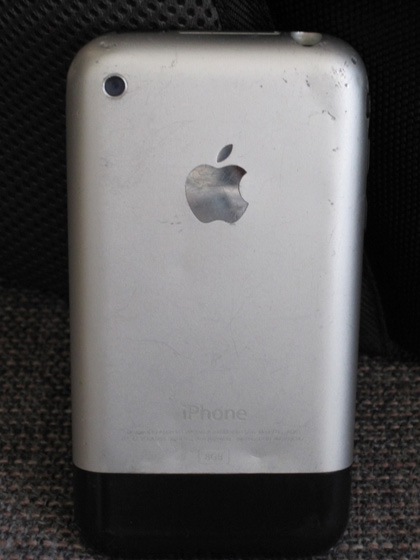 a bit used with some nicks and dings, but it works and it’s my first iPhone

So I took the SIM card from my Motorola SLVR-L7 and put it into the iPhone, hoping to instantly switch phones without any issues. Nope. Nothing.

Turns out, that AT&T has all but dropped support for using any iPhone as a pre-paid phone. There is some minor support for iPhone 1st-Gen owners, but you would have had to enable the unlimited data plan before June 17, 2009. I didn’t get my iPhone until the first week of September. At this point, it became evident that I would need to both jailbreak and unlock my iPhone.

There is no shortage of web sites that walk you through the process of jailbreaking and unlocking your iPhone. I found this site to be the best tutorial, with a step by step detail on what to do.

After about 20 minutes of running the jailbreak and unlock, my iPhone was ready to go. I made a test call and sent a text message. All good so far. But then as soon as I opened Safari, it was a “No Go” again. Back out to Google, it turns out there was a fix for this, too. This site deserves kudos for making not only great instructions, but providing an iPhone app to change your carrier file to enable prepaid data access [it’s $.01 per kilobyte, but it’s available] for those times when I need to check Twitter or my email.

I’ve shared this story with a few people that have asked how I was able to get an iPhone without having to sign a two-year contract and pay almost $80 a month for 450 minutes. Some have said this is illegal. The chat rooms are crying foul on those of us that have “skirted around” the system. But how can it be illegal or wrong when those of us that are prepaid users are paying for service still. AT&T still gets money from us. They are not losing anything on us users, unless you consider we are not under contract just because we have an iPhone.

For my particular phone, it was not subsidized by AT&T for me to have it. The person who owned it before did their two-year contract and she, being the rightful owner of the physical phone, gave it to another person to use. I see this as a way to have an iPhone while still remaining a prepaid customer that pays for each minute, text and kilobyte of data I use.

If someday I decide to make the switch from my main phone on Sprint to having an iPhone on AT&T, so be it. Then at that time, I’ll sign the contract and upgrade to the latest and greatest. For now, I’m happily content to be a part-time iPhone user and hang with all of the other cool kids in the mobile phone world.