Over the last three weeks, I’ve had a battle with my car and getting it registered. The first two installments/blog entries are at the following links: Part 1 and Part 2.

I spent the weekend deciding if I should keep the car and pay the dealer an obscene amount of money to allow it to pass emissions or trade the damn thing in for something newer and less susceptible to an annual lighting of the “Service Engine Soon” alert.

I won’t go into detail about all of the new cars I saw on the road and the drivers with the big smiles or getting behind the old beater cars that pollute the air, while sporting current year registration tags. Nope. In the end, my final decision was to give my vehicle one more year and a brand-new catalytic converter. 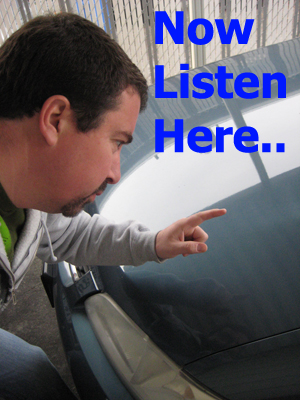 In the stern talk I had with my car, I warned it that if the light goes off again next year, it’s splitsville and to look forward to having a new owner. I can’t keep pumping all of this money into a car [so far, just over $1,000 in the last month] when there is really nothing wrong with it. It’s too much frustration to deal with.

So for the next 8 months, I live with this paid-off car that runs great but pisses me off once a year. Only time will tell if it heard a single word I said to it.