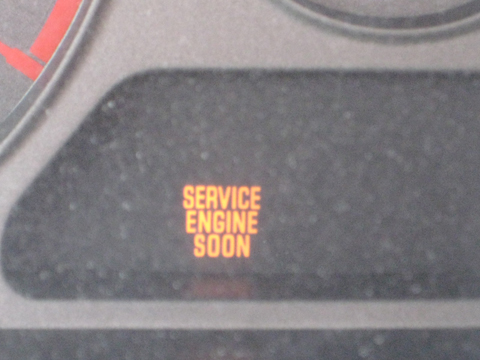 I’ve had my 2001 Nissan Sentra GXE since February 2003. For the most part, it’s been a pretty good car and has almost 90,000 miles that have taken me various places on the West coast and Rocky Mountain area with decent gas mileage.

But every January or February, I see the above light come on… and wouldn’t you know it, that’s the same time I need to have the car inspected and emissions tested in order to pay more money to get it registered.

And every fucking year, there is always something “wrong” that somehow costs a shitload of money to “fix”, even though the car has been very reliable and runs great.

So this year, I thought I would get one step ahead when I noticed the light pop on. A friend of my fiance’s has a boyfriend that is a head mechanic at a local car dealership that agreed to look at it.
After a few hours at the shop, the verdict was: “We don’t know what is wrong. You need to take it to the dealer.” At this point, the light is now off, but it’s due to the car having been reset after the search for the “problem.”

I decided to take it to Firestone, where I take it every year for the emissions/inspection and for most of its regular maintenance. $60 later, they give me this paper that shows what “failed” or what has been labeled as NOT READY.

“‘Evap Sys’ and ‘O2 Sensor’… what are those?” The O2 Sensor sounded familiar. Looking up what it cost me last year to get the vehicle to pass emissions, I see it was just over $900 to replace the O2 Sensors.

So I talk to the auto tech and he tells me that I need to perform a “manufacture recommended drive cycle”, which for my Nissan is a combination of driving 75 miles AND starting and stopping the car 10 or more times.

So over the course of the next 7 days, I do this. The light remains off. I call the shop, ready to take the car in to have them run the emissions again (no extra cost, thank god) but am told the only emissions tech they have is out injured. I’m leaving for out of town in 8 hours and won’t be back for a week.

So I get back home last night, start up the car and again I see…. 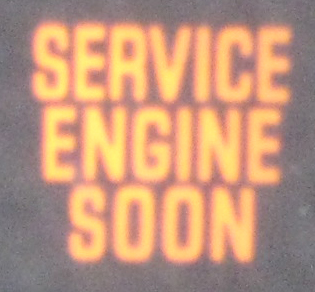 So now I drive it around this weekend before taking it back on Monday to have the emissions re-run. Then we find out how much longer I need to drive my car unregistered and how much I must spend this year to make it legal. Stay tuned….