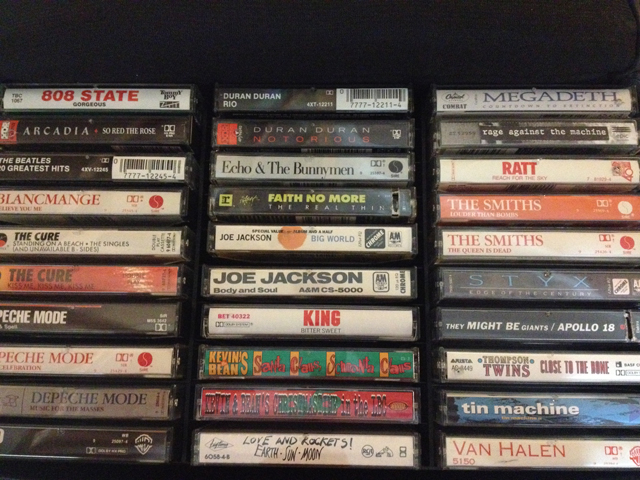 My remaining collection of cassettes

Not too long after I was born, Philips invented a legacy format for music called the Compact Cassette, or simply the cassette. The original format wasn’t intended for music, but for dictation. But the format worked perfectly for music and became a standard for a good 20 years before fading into obscurity when the CD took over. Today, it’s considered a relic.

The tape in the lower left corner of the above photo is DEVO’s “Shout” album. And that Faith No More album is a cutout [some of you might know what that is, if you worked in radio or bought discount albums] 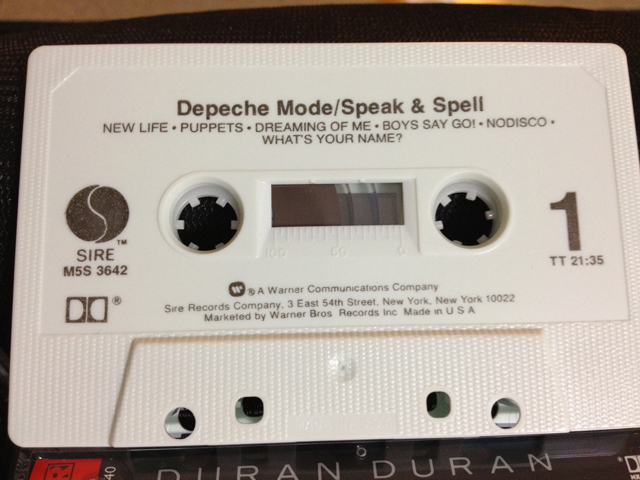 One of my oldest cassettes – Depeche Mode “Speak & Spell”

Tapes were something I collected and played a lot. I bought a lot of pre-recorded tapes and at one point, owned at least 500 cassettes from different artists. The above are what I have left of the pre-recorded albums.

The biggest genre of music I collected was from the 80’s, which included artists like Def Leppard, Devo, Duran Duran and King. My mom hated my music and would regularly throw out my tapes, which I would then turn around and go purchase again. I got smart and would keep some of my favorite tapes at a friend’s house. For as much as I loved music, I loved the cassette as the format of choice for keeping my music out of my mom’s destructive hands. 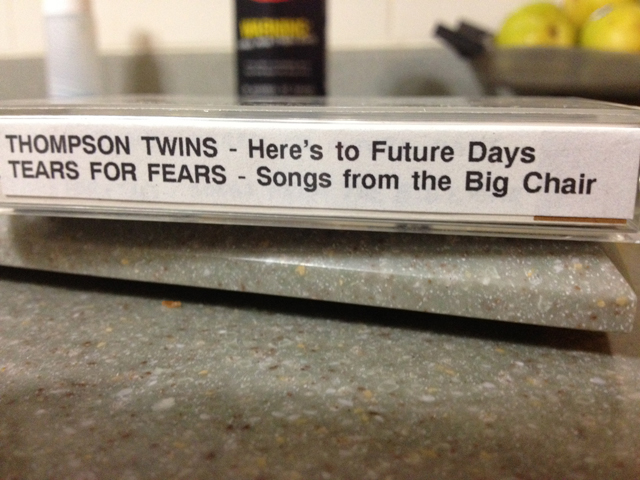 Along side the pre-recorded albums I owned and listed to, I also used to record vinyl to cassette a lot. It made it nice for playing the tapes just about anywhere. Plus I could go over to a friend’s house and record albums to cassette, which was one of the early forms of music sharing.

As I started to collect CDs, but before I had a portable CD player, I would make cassette tapes of my favorite albums. Like the Tears For Fears and Thompson Twins cassette pictured above, which I have played so many times, I think I’ve had to re-record the tape a few times. 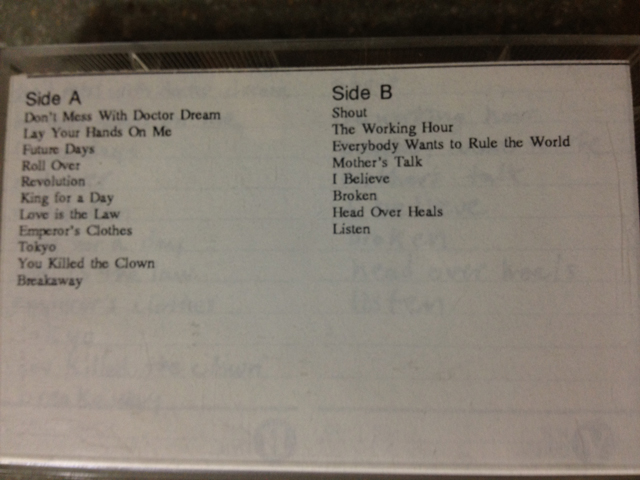 My printed labels I made and glued onto the cassette sleeve

I got all fancy and made my own custom printed labels. I would create a document, format the text and then make a label I could cut out and use glue stick to place it on the cassette liner, as the picture above shows. It made it so nice to carry two albums with me at one time [you digital-only generation has no clue how “rough” we had it compared to today’s iPods]. And then I could buy a cassette case that held 20 tapes or more. That was like 40 albums worth of music, I could carry in my car, to another house or to my room. 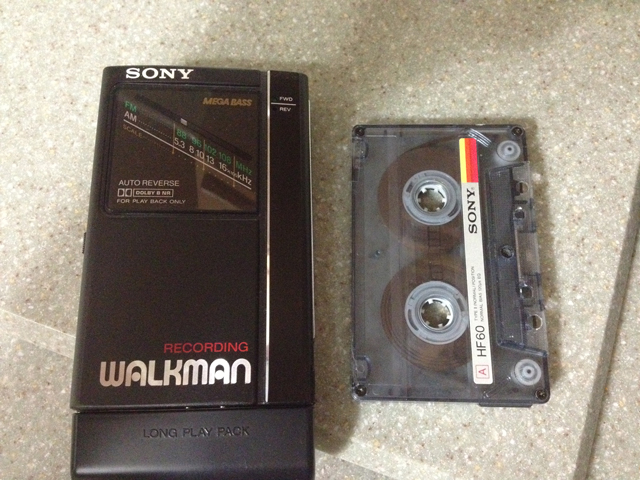 Over the years, I’ve whittled down my cassette decks and players, leaving the above pictured Sony Walkman as my lone cassette player [this one also records onto blank cassettes]. It’s a good 23 years old by now, but still plays very well. Every once in a while, I get all nostalgic and play some of my cassettes, which take me back to a time when digital recording was a mastered album, transferred onto a physical tape for my listening pleasure.

I will forever treasure the time I spent with the cassette. To have lived in a time when it was the main media format for music is something that makes me smile.

Who else embraced the cassette back in the day? Any remaining titles in your collection you still own?