It’s another Scooter Sunday. Thanks to the fucking winds we get here in Utah, the ride almost didn’t happen. But unless it’s snowing, I’m going on a ride. 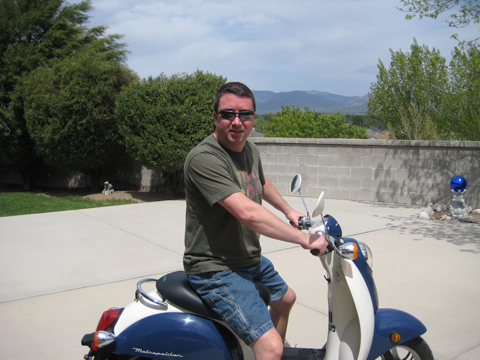 Today’s ride was going to Best Buy. I was looking to try out a Palm Centro and look at a new camcorder – the Canon HV30. There was no Centro. In fact, their entire selection of cell phones was pretty dismal. Not only that, but I stood there with 20 other people to look at cell phones while watching the sales guy fumble about with an impatient customer. Fortunately, they did have the HV30 on display. This is a kick ass camcorder. For under $1,000, it’s pretty nice and loaded with some cool features. And it records HD on MiniDV tapes. But I need to find it for less before it becomes a replacement for my Canon ZR500. 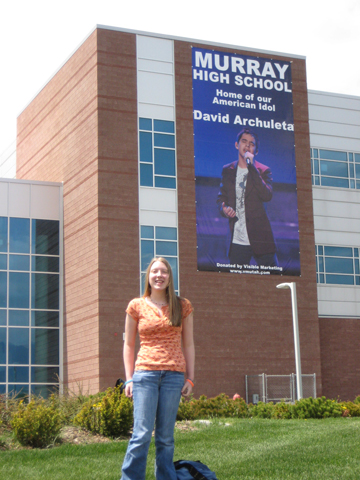 Yep… that’s my daughter in front of a giant banner

I admit it. I really am not a fan of reality TV shows. And American Idol is part of those shows I really don’t care for. That doesn’t undermine the fact that the contestants have talent. And one of the final three is from Utah. So Utah declares last Friday David Archuleta day. My daughter decided she wanted to be a part of it by going to the various events. I dropped her off at Murray High School, walking with her into the area where they were setting up for a performance by the American Idol contestant. 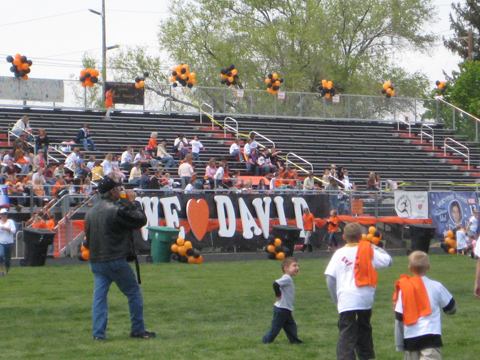 That better be Orange Kool-Aid that guy is drinking

I never realized how many people watch this show. Well, that’s a lie. I know it’s watched by millions. It’s obvious the home crowd watches him, and I admit, he does have a great voice. Win or lose [you know he’s going to win], he’s got a nice start to a music career. But I hope he can rise above the curse that seems to befall a lot of the winners… only time will tell. The important part in all of this is that my daughter had fun.

The Race For The Cure – SLC 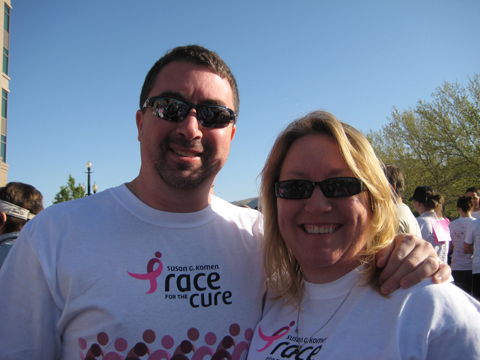 Both my fiance and I lost our mothers to cancer. Her mom died of breast cancer and my mom died of melanoma. Her sister-in-law also lost her mother to breast cancer. It’s a terrible scourge that affects many lives. Each year, the Susan G. Komen Foundation has a Race For The Cure here in Salt Lake, held on the Saturday before Mother’s Day. This was my second year walking in it. Very worthy cause, and the added bonus I got (other than helping donate to fighting cancer) was a 5K walk. Much needed exercise.

And that ends another Scooter Sunday. Stay tuned to this blog for more entries.