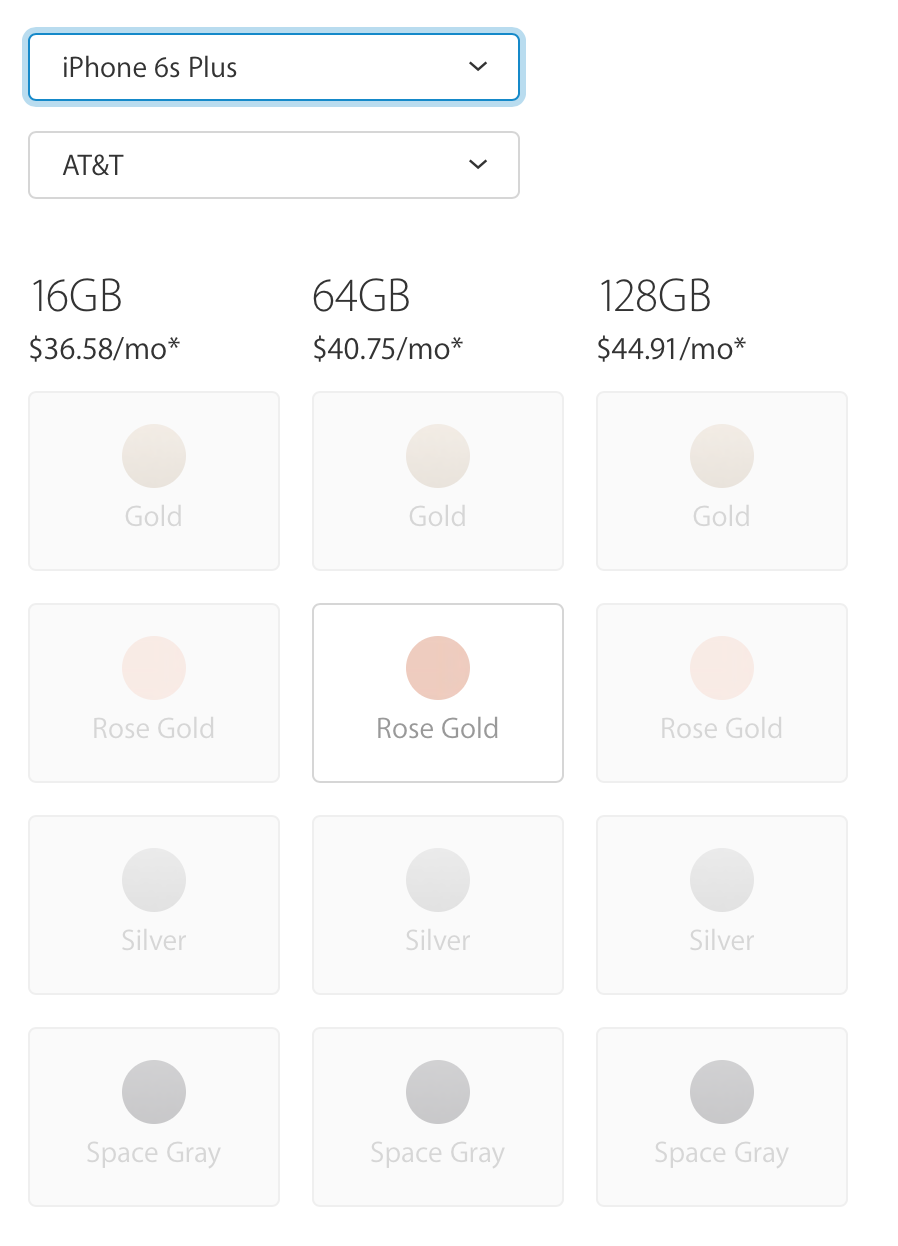 Since the first date that new iPhone 6S and 6S Plus pre-orders became available, I’ve been on Apple’s site every morning trying to reserve an iPhone 6S Plus 128Gb AT&T in Space Gray. Yes, I am being picky but I really want this new iPhone. My current iPhone 5S is having some serious battery issues, forcing me to charge this phone a good 3 times a day with moderate to heavy use.

The iPhone Upgrade Program is Apple’s way of letting users get a phone with AppleCare+ for a monthly fee, the option to upgrade every year and without having to get the phone from your carrier. In this case, that would be AT&T for me. I don’t ever want to do another contract with any mobile carrier. Even if I pay more of the the phone, it’s that freedom I want not being under contract. I like AT&T and have been quite happy with them since I moved over from being with Sprint for almost 12 years.

If I wanted to get an iPhone 6S, my choices are plentiful each morning. 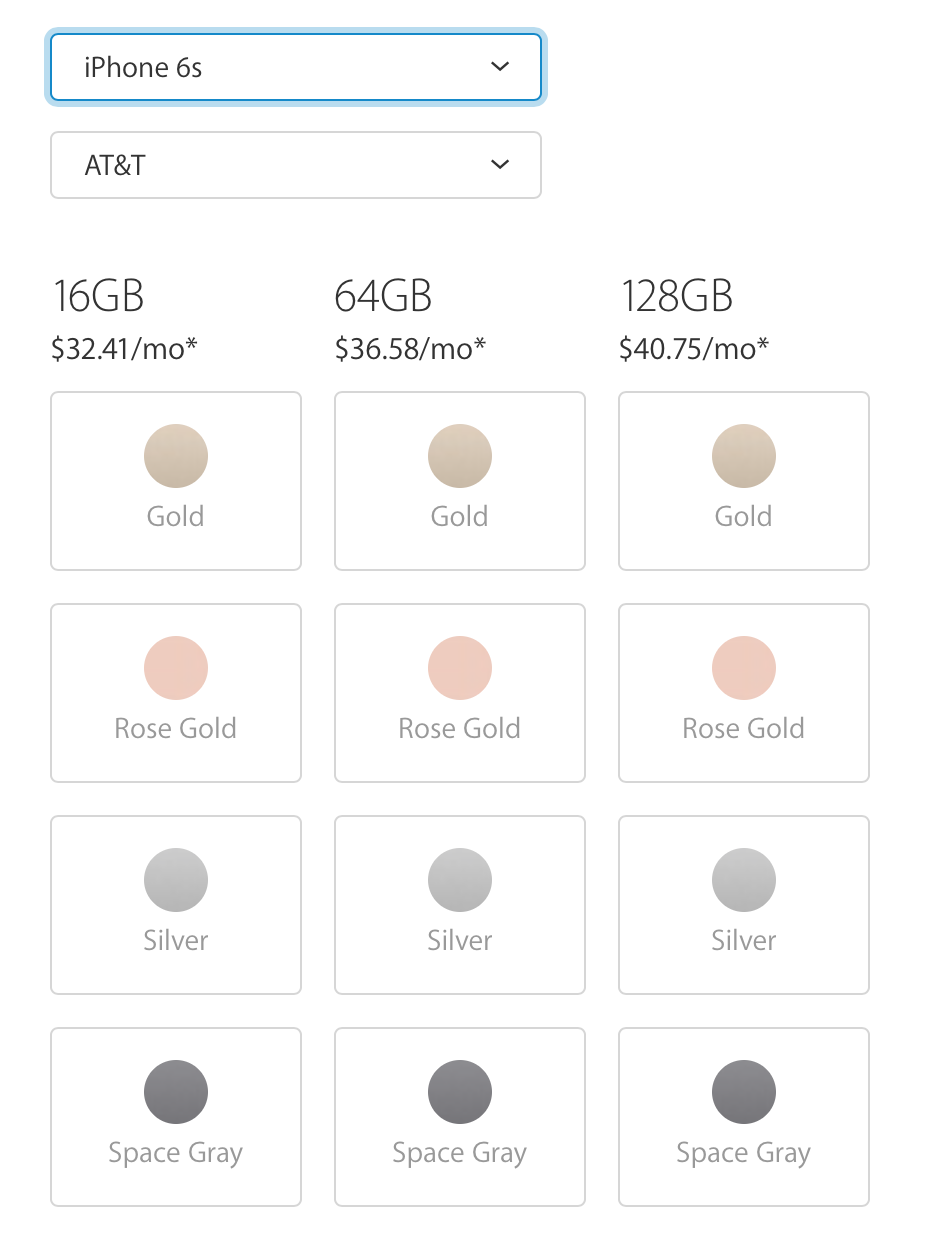 But I want the iPhone 6S Plus. No such luck for my specified model and configuration. So each morning, I keep trying until I get tired of trying or I finally get the phone I want, with minimal compromise [color being the only thing I’m willing to change].

I will update here once I get the new iPhone.