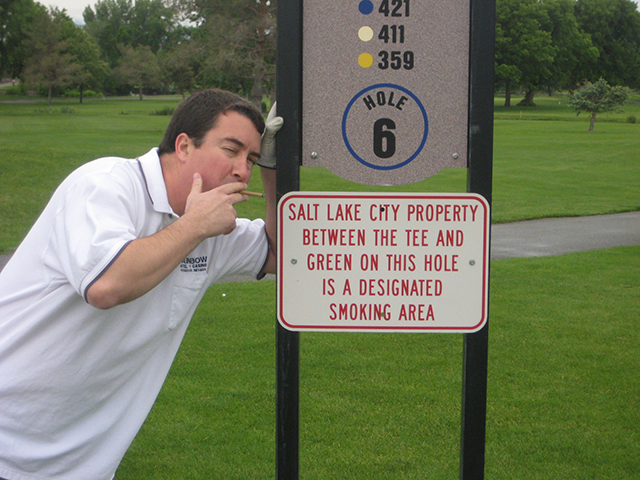 Today is the ninth anniversary of me quitting smoking cigarettes. A major accomplishment considering that with the rare exception of me taking a puff or two while intoxicated at the bar, I’ve removed this habit from my life for nine years. Let me take you on a brief history of smoking in my life.

I smoked the first two years of high school. Pretty much every weekday, sometimes on the weekends when my mom was gone with her friends. About two weeks before the end of my sophomore year, I had a bad trip on angel dust and decided to quit drinking, coke, pot, pills and smoking cigs.

I didn’t smoke cigarettes again until late 1998 (yes, I quit for pretty much 18 years) when I took the habit back up while having some stress in my life related to job and relationship issues. At first, it was only 2 or 3 on an occasion, but then turned into a daily habit by the middle of 1999.

I started my divorce in Feb 2000 and was already a daily smoker. I rarely smoked more than a pack a day, similar to most of my other friends I spent time with. It never bothered me that I smoked for a good 3 years. Around the beginning of 2003, I made my first attempt to quit because I became tired of the habit. I was living with a friend who smoked and would start my day inside the cold garage to have a morning smoke. Several tries later, I ended up being successful on Friday morning – May 16, 2003. I took a nice long walk instead of going for a smoke and haven’t had a full cigarette since.

As I mentioned above, there were a few puffs over the years and I enjoyed a cigar or a Prime Time (a cigarette-shaped cigar) a few times a year, but for standard tobacco cigarettes and the need or desire to have one is gone.

I seriously doubt I will ever smoke again in my life. And it’s been at least 3 years since I’ve had a cigar or PrimeTime.

Anyone else have a quitting smoking story? How many months or years has it been for you?