Hard to believe 15 years have gone by. I am reposting this blog post that I did back on 9/11/2008, adding updated thoughts from that fateful day 15 years ago.

I last reposted this on the 10 year anniversary of the 9/11 attacks.

A very somber day for me that Tuesday. My day started off like most days. I had just started dating my now wife a couple of months before. We were in preparations for me to move into her home. At the time we had a TV in our room and we used the alarm clock to wake up. I remember the DJ mentioning something about a plane crashing into the World Trade Center. This was about 6:55am. I turned on the TV to see Katie Couric on the Today Show and images of the WTC and smoke billowing out of it. I was awake. I spent the next two hours watching the news unfold as it happened live, while getting ready for work. I called my mom and we talked about how horrible it was. I called my friend Jim and we talked about 13 months previous being in NYC and how grateful I was to him for experiencing the WTC. My wife and I talked about what had happened and we watched in unbelief as the news showed live the first WTC tower falling into a pillar of dust and rubble.

I got on the TRAX train about 10am and headed to work. I worked in downtown SLC and the train ride was very somber. I wasn’t concerned about any threat, but obviously some may have, given how empty the trains were. Arriving at work, the TVs were on and most of the day, people watched the events. The day seemed to be about nothing but the WTC attacks. Arriving back home later that night, it was just mind-numbing what had happened that day in New York City. I will never forget that day and what I had witnessed on the news.

Part of my memory goes back to August 2000. A good friend of mine was living and working in Lower Manhattan at the time. My current girlfriend at the time had just broken up with me. Our plan was to go to NYC for her birthday. Obviously, she didn’t go. I had contemplated not going at all, but my friend called me multiple times and told me that I needed to still make the trip. So I did. And thanks to his encouragement and hosting me at his apartment, I now have a trip that I will never regret. A few photos to remind me how very happy I was to have experienced the World Trade Center. 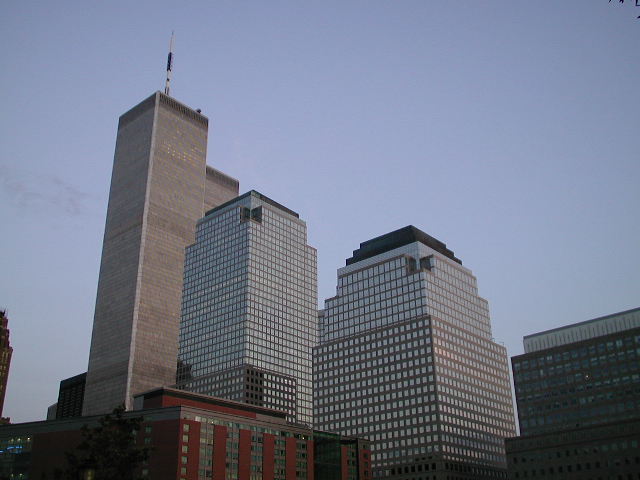 view of both WTC towers from Hudson Park 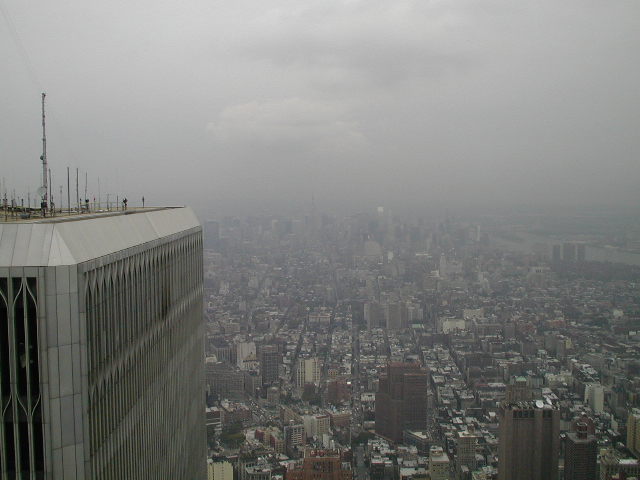 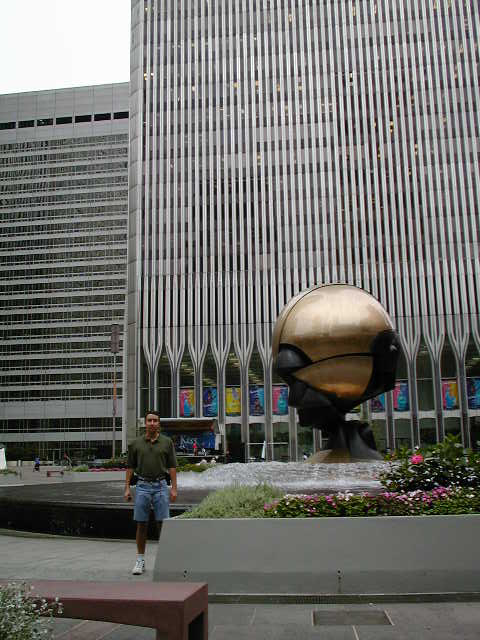 That’s me in front of the WTC Globe, with the North Tower behind it.

Most Recent Trip to NYC

My wife and I visited New York during the first week of November in 2006. She had never been there before. Of course, one of our stops was the WTC site to see the progress and the memorial. I can tell you my visit was very full of memories, walking around the site and remembering what was once there. 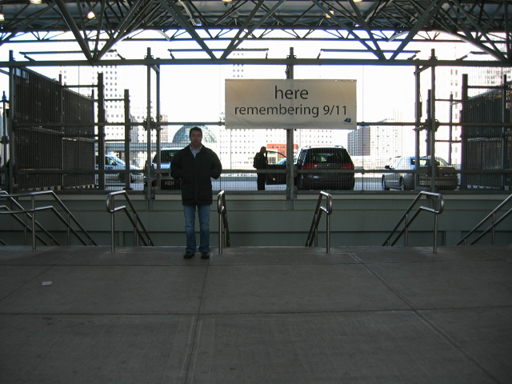 Me standing inside the entrance to the WTC Memorial Site

We also visited Battery Park, where the remains of the Globe resides. As you can see, I had my picture taken in front of it, similar to the one taken in 2000, minus the towers. 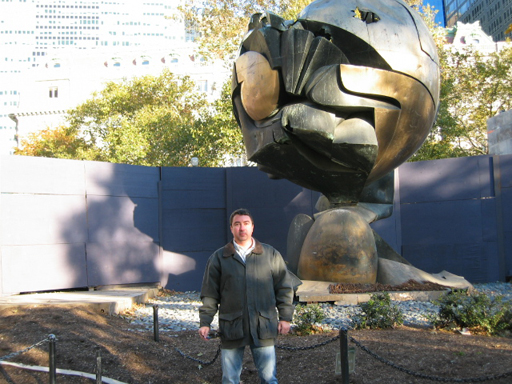 Me standing in front of the Globe in Battery Park

My intention of this post was to pay respect to a great city that 15 years ago today, survived one of the worst experiences any city could go through. My thoughts are with anyone who lost a loved one, a close friend, a co-worker or someone they knew. 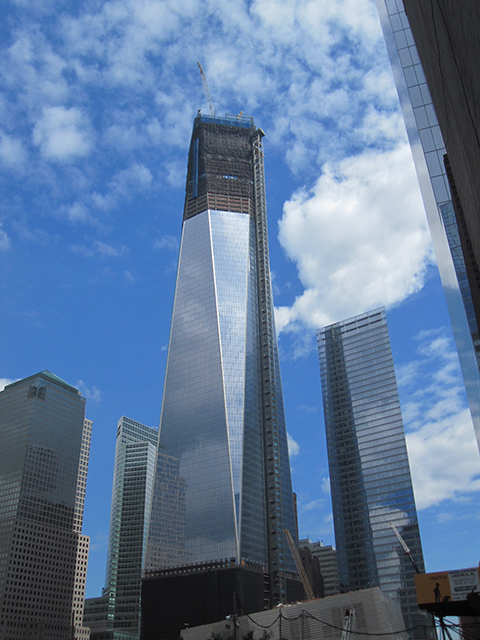 I’ve not been back to NYC since June 2012, when I went with my daughter. I saw the 1 WTC building, which was still under construction. My plan is still to visit again soon to tour the completed building.