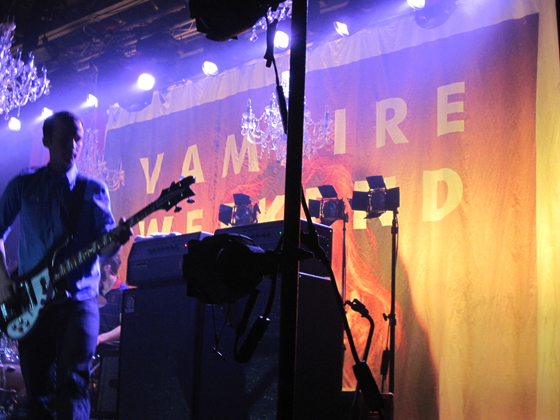 I admit to not being the fan that my daughter is, but I’ve listened to both albums before going to the show so I could be more familiar with their tunes – I hate being the out-of-place guy in a crowd of fans trying my best to mouth the right words.

So how did I like the show? In a word – stellar. These 4 guys are so tightly knit with their sound. Songs like “A-Punk”, “One (Blake’s Got a New Face)” and “Holiday” were very enjoyable live, replicating their album sound. But that’s just the sound. The energy Ezra and band mates Rostam Batmanglij, Chris Tomson, Chris Baio had throughout the show really proved to me that they are not just current fad.

Now granted, I did have a recurring thought as I watched them. Here’s these college guys, who have made two albums, wondering where they will be in ten years. I thought of them having desk jobs, IT guys, marketing VPs.. all sorts of occupations other than musicians. If their style of music works, they will most likely still be making albums. But what if their popularity dies down? Will they take their Columbia schooling and apply it to another entrepreneur avenue? Who knows. But let’s forget that random thought. Here’s some pics of the band I took and a self-shot video of the song “Cousins” 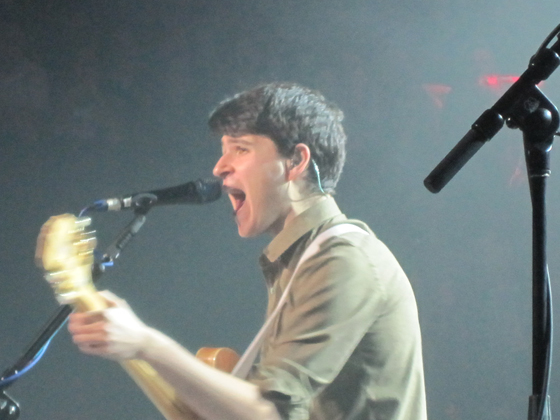 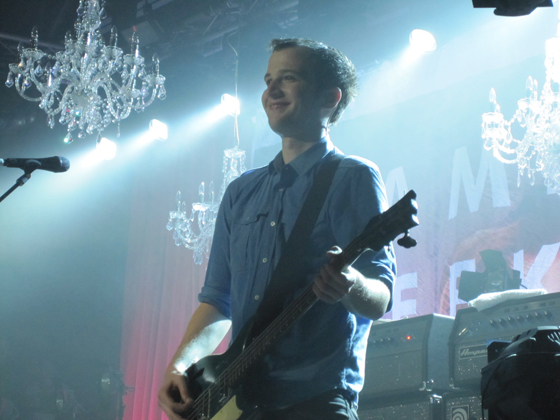 Chris Baio smiled all night. He was obviously having a great time 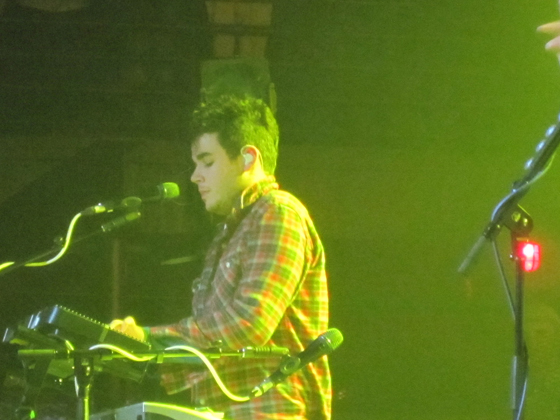 Rostam on the keyboards 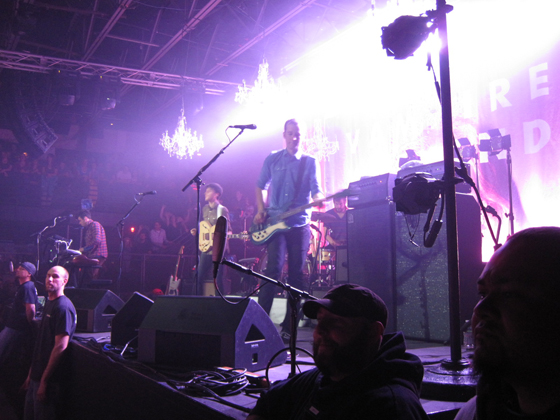 The only shot where you can kind of see Chris Tomson, the drummer

As with most other footage I take at concerts, I limit my song recording for multiple reasons, courtesy to other’s with cameras being the first. Enjoy.