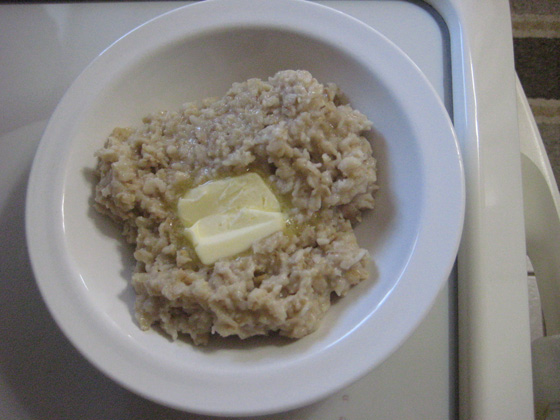 I fix oatmeal for my wife and I most mornings. It’s rare that we have something else.

Pretty much six days a week, we have oatmeal for breakfast. She has hers with cinnamon, milk and sometimes fresh berries [if they are on sale or in season]. I add a nice chuck of butter to mine with a few dashes of cinnamon sugar. It’s healthy [well, maybe not the butter] and fills us up each morning. It’s not as fun to have as say Lucky Charms or biscuits and gravy, but for the sake of trying to be healthy, it works good.

So the other day, I was in my feed reader and saw that someone had shared a post. It said it was from “The Oatmeal”

Trying to think positive, I wondered: Was this a site dedicated to oatmeal, giving me extra tidbits and suggestions for how to fix and eat oatmeal? Was it filled with statistics and cholesterol numbers that would make my daily mundane choice of a first meal go down easier?

Sparking my curiosity, I clicked the link. 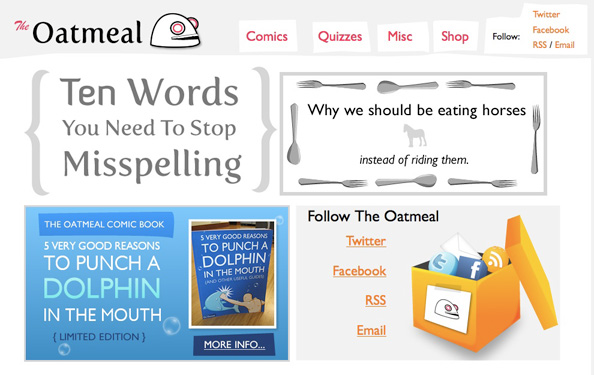 Click on the image above to go to The Oatmeal

Ahh… now this is the fun that oatmeal is missing.