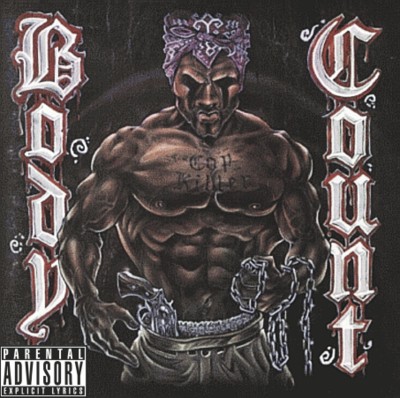 Back in 1992, Ice-T was a rap artist who decided to get a metal band together. What ended up happening is only something you can read about in the news. And did we ever.

The debut album is mostly a political and social rant, mixed with some humor that’s meant to be humor. It was released to mixed reviews at the time, but as time went on, the album ended up standing on it’s own and defied religious bans, record company boycotts and conservative protests.

Back when Warner Bros was a record company that stood up for their artists, they didn’t back down to pressure when the cries came in to ban the album. Only after Ice-T himself stepped in and changed the album, removing the song “Cop Killer”, did the album take a censored hit.

Speaking of the afore mentioned song, it was never intended to be a rally cry to kill a cop. It was a statement about the black community and it’s constant badgering from law enforcement. In fact, take a listen here (if you dare):

It’s been years since I’ve heard this album and a friend from work starting singing “KKK Bitch” a few weeks ago and I told her how much I loved this album back in the day. So I dug it out of the archives and have played it a few times in the last few days. It still holds up very well and even 18 years later, I’m still of the same mindset with the humor and message of this album.

Here’s the official track listing of the uncensored original release:

Tracks like “Oprah”, “Smoked Pork” and “Now Sports” are small clips that are spoken leaders that meld into the next song. It’s like a series of events told in song, and mostly with a social message.

I admit this album is not for everyone. It’s something that you either get or you don’t. For me, I liked it on first listen. It’s abrasive, but I’ve always liked the envelope pushing in music. And it’s been one of those albums that not only started the metal core sound, pushed the limits of censorship boundaries and ignited the start of the “PARENTAL WARNING” labels that are found on albums with explicit and controversial material, but also placed a true dividing line of music for that understand to those that want to ban it. And any musician today that wants to release an album without being censored can thank Ice-T and Body Count for paving the way.